So you’ve been bamboozled by the idea of better your entire life, as I mentioned in the last post. Nobody said that’s what was happening, but it happened. And it carries on.

Right now, some of you reading this are thinking about the better job or car or shoes or purse or blog (shame on you for that last one). But it’s in us. We want better. We crave better. We have anxiety over better and imagine ourselves living in, driving, or sleeping with better.

We shouldn’t be surprised by the fact that better is so alluring. The first advertising campaign on earth had to do with better. 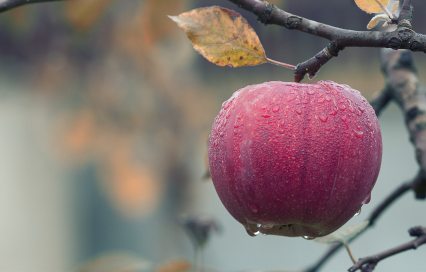 better and life could be better if she’d just eat of the fruit from a specific tree.

Both she and Adam took the bait of better, hook, line, and sinker. And then everyone blamed someone, but that’s a different topic.

Better is that low hanging fruit, right there in front of your face non-stop. It seems so reachable, so pleasing to the eye, and it must be wonderful to experience.

Better is everywhere. It wears many masks.

It may be worth noting here that my hope is NOT that you would abandon better. I want you to believe in better. There is a reason that longing is in you. It just may be a wildly different better altogether. It’s a better that, in an election year, will make people frustrated and simultaneously prevent you from slinging mud on the facebook…because you don’t think better will be won at the polls, at not the better folks are slandering, lying, and cussing to grasp.

I found myself some time back re-reading through the letter of Hebrews in the New Testament, which really reads best if you do it all at one time. It’s more like a sermon.

Hebrews chapter 11, in particular, is where this is all coming from.

The refrain of the chapter is by faith. By faith Noah–by faith Abraham–by faith Israel…

In order to not be confused about what faith is, God is kind enough to tell us exactly what faith is at the beginning of chapter 11

Hebrews 11.1 Now faith is the reality (confidence) of what is hoped for, the proof of what is not seen. (CSB)

> The glaring oddity about faith and your walk with Christ is that it’s wrapped up in things not seen.

It’s not that the empirical, visible, or tangible doesn’t matter. But rather, that the transcendent, intangible, and invisible matter more, at least in terms of what governs the way you live.

As you might expect, this is a pervasive theme throughout the Bible. That we live amidst the visible and invisible.

It’s this tension that makes so many college students and academics uncomfortable.

It’s what drives attempts by Bible professors who’ve spent nearly a decade in doctoral programs to explain away the supernatural.

And yet much of the focus in Hebrews 11 is on these men and women who were faithful even when they didn’t see what was promised to them by God in this life. Those who were captivated by the invisible, by faith.

In the next post, I will point you to a summary of several of these lives and their having died without seeing the better they so longed to experience. Faithful men and women who, thousands of years before we ever cared about a thing, listened and obeyed God, not perfectly, but to the degree that it was clear their better was vastly different than the better we’ve become accustomed to chasing.

Here’s to a better better.