Part One in this series introduced the weighty reality that children are image bearers of God and, as such, educators and persons in authority over children must treat them as image bearers. This means there is no such thing as an ordinary day at school.

Part Two laid out a key distinction regarding the location of authority. Simply put, authority rests not with a particular person, but with the office that person occupies. A principal, for example, has no authority in herself, but the office of principal holds the authority. Once a person begins operating according to her own impulse and not as one authorized, she forfeits true authority and become an autocrat.

This post addresses how autocracy behaves. So, if you want to be an autocrat, just follow these simple steps!

As a reminder, autocracy is defined as independent or self-derived power.

Hitler, Mussolini, Stalin, Kim Jong Un—a person operating according to his own impulse is an autocrat.

To bring it into the classroom and make it a little more real–that impulse may even be as simple as yelling, belittling, or doling out some arbitrary punishment in order to bring oneself back to a place of calm (at the expense of the child, to be clear).

Charlotte Mason speaks of the distinction between authority and autocracy in relation to the Centurion who interacts with Jesus in Matthew 8. Jesus possessed all the authority in and under heaven. But he did not leverage against or lord it over people.

The Centurion in Matthew 8 remarked that he too was a man under authority. In other words, he recognized that Jesus did not operate according to his own agenda, enacting seemingly arbitrary regulations and harsh repercussions for disobedience.

If Jesus had been an autocrat, how might he have behaved?

Another significant behavior of autocracy is the implementation of extensive regulations. A drastic penal code, Mason suggests, is necessary because an autocrat needs everyone else to know where they stand in my presence. And I’ll do whatever is necessary to keep myself in a place of calm and feeling in control.

To wrap it up, if you want to be an autocrat…

Make these five behaviors the foundation of your leadership and you too can be an A-level Autocrat! 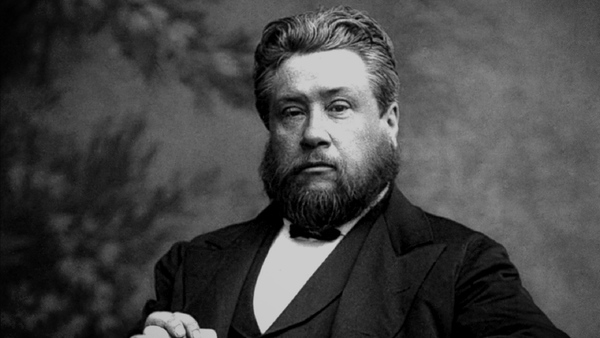 I want to share a quote from a sermon delivered by Charles Spurgeon in 1871. Is it a coincidence that if you flip 71 it becomes 17, as in 2017?? Yes, it is. Nothing supernatural there.

Charles Spurgeon has been dubbed the Prince of Preachers. (If you’re interested in his writings or life, Midwestern Seminary has done a service to us all here.) Being the Prince of Preachers means Spurgeon brought the Word of God to life in a way you and I, well, don’t. Not because we aren’t filled with the same Spirit, but because God uses different people in different ways. You’re not the next Spurgeon any more than I am the next anyone else. You’re you. I’m me.

If you aren’t a pastor, preacher, teacher but happen to read this, the point is just as applicable. It holds true for moms who find food in the strangest of places and executives who are prepping that $300,000,000 deal. There’s no difference in God’s eyes, by the way. Don’t be fooled on either side, whether rolling in dollars or diapers.

Preaching on prayer, Spurgeon made the audacious claim that

The more we do, the more we should pray…it should be the life-blood of every action, and saturate our entire life…I fear that some of us would do far more if we attempted less and prayed more about it.

Is it possible that we would accomplish far more if we attempted far less but saturated all that we did do in prayer?